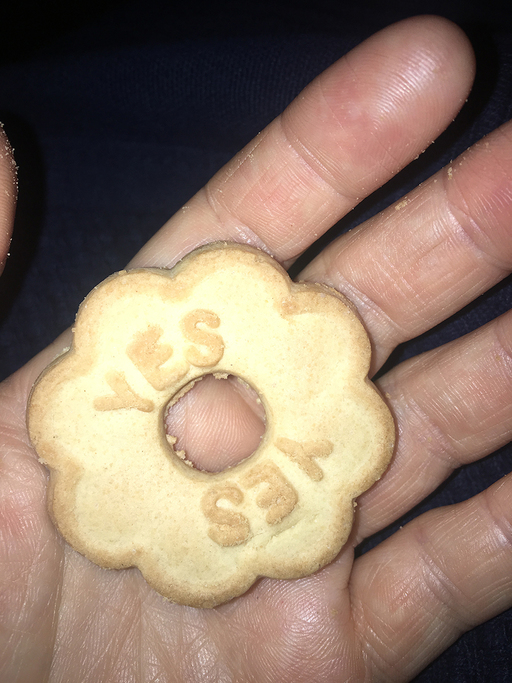 YES
Maddie Reyna @ Julius Caesar
Opening February 17th, 4-7 PM
Julius Caesar presents "YES," a solo exhibition for one night only.
After almost two years of keeping a private studio, Maddie Reyna returns to Julius Caesar with a solo presentation of new paintings. The images that become paintings are taken from the artist's rambling journey. A sumo wrestler from a poster spotted in a closed Japanese restaurant, statues of Horus from The Met, a seal hugging a dolphin's belly from an Instagram image, and a recreation of a collaborative painting with artist Jacob Goudreault all honor the inexplicable and irreducible "Yes" that is whispered into the artist's ear upon seeing them. The studio is an obsessive place of worship and transformation as the images become moveable, holdable objects.
In the gallery, Reyna gives into her re-discovered voice through a suite of seven vignettes. Attempting to understand the paintings' meanings either before or after their creation impedes their presence. For the artist, it is enough that they affirmatively exist.

Maddie Reyna (b. 1987, Raleigh, NC) currently lives and works in Brooklyn, New York. She graduated from the School of The Art Institute of Chicago in 2013, was a co-director of Julius Caesar from 2013 - 2016 and in 2018 hosted the live art review radio podcast, Wang, on KPISS.fm. 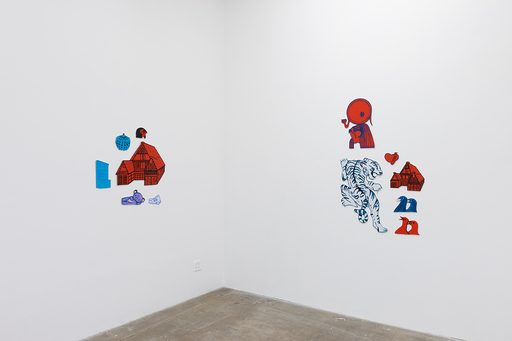 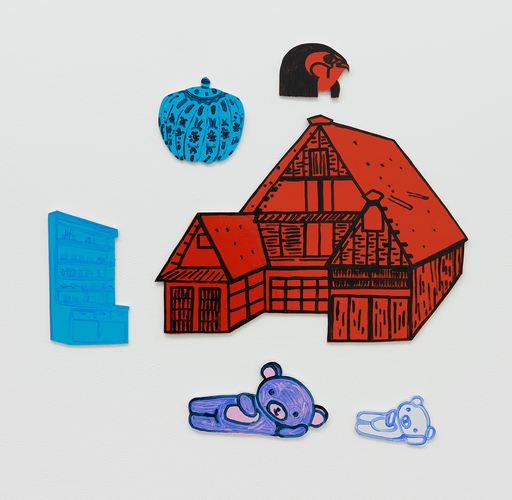 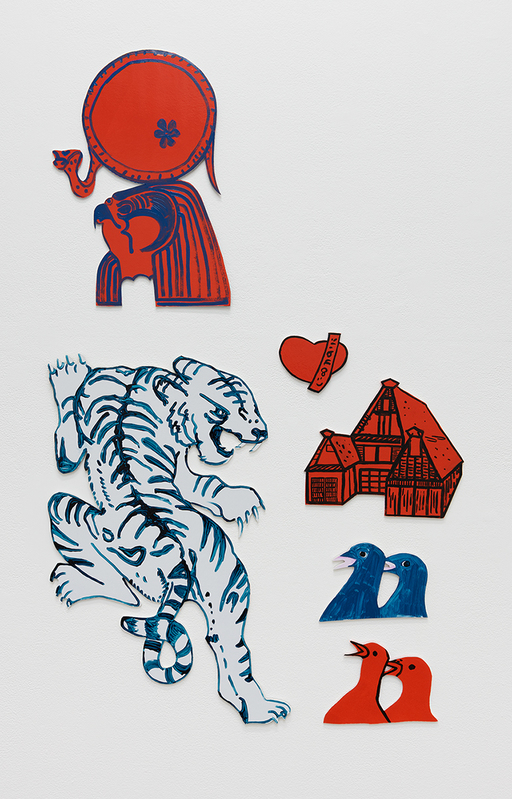 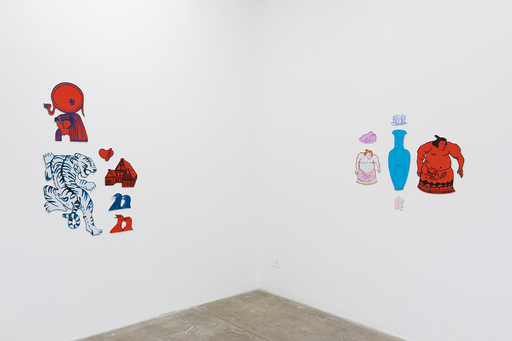 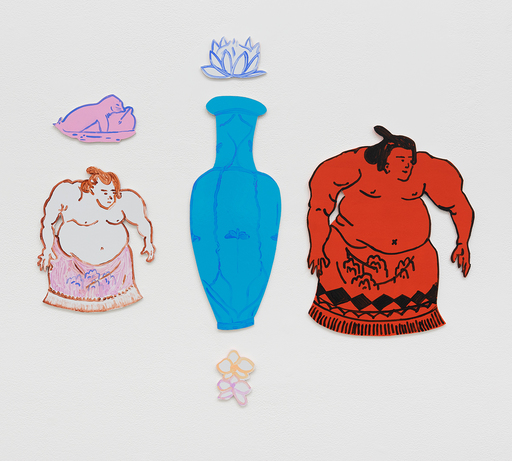 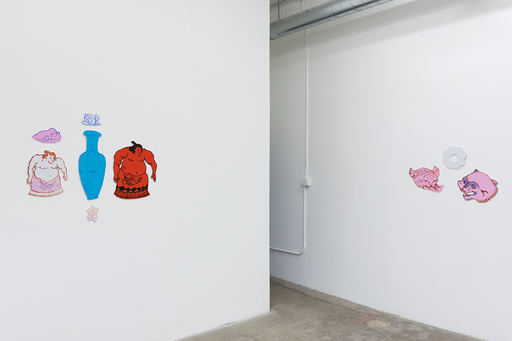 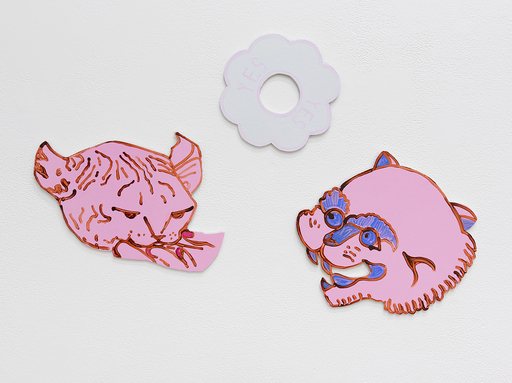 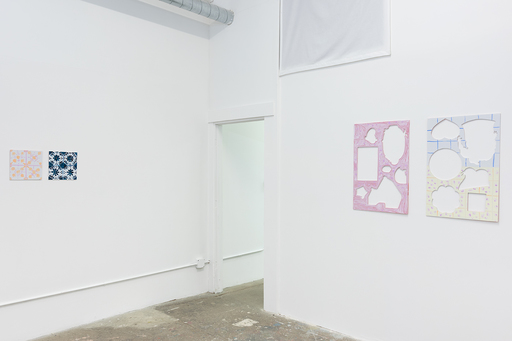 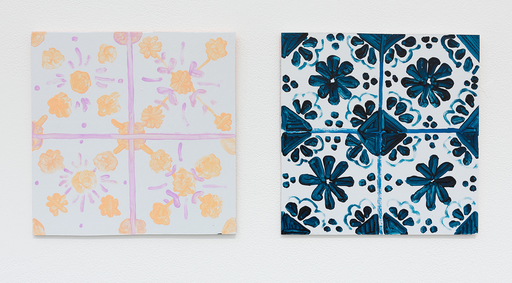 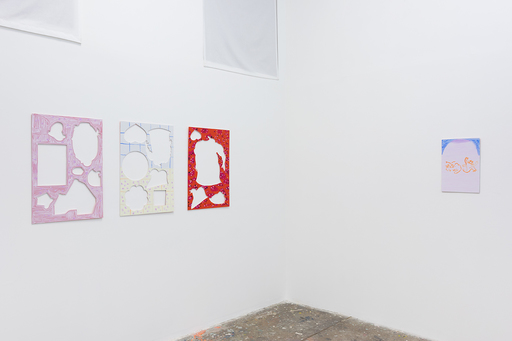 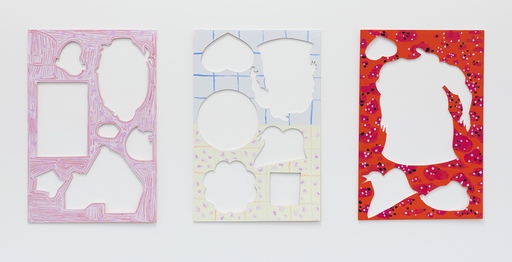 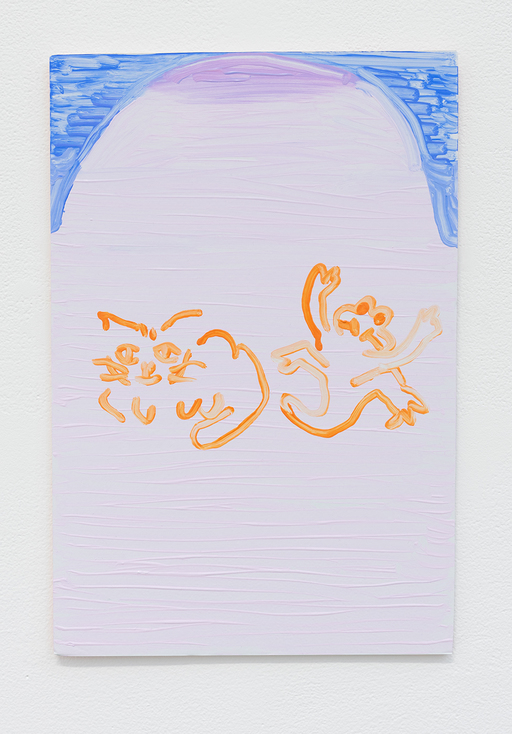