Julius Caesar is delighted to present Arena, an exhibition of new work by Gil Riley.

Riley’s vividly colored and elaborately structured paintings, animations, murals, and sculptural assemblage together form a circus of soft signs.  The painted text and nested geometries that wrap Riley’s surfaces evoke game boards and altarpieces.  Enticements and commands abound, but no clear rules are provided.  Riley’s open system of object and language calls upon the tools of power and persuasion, of carrots and sticks, to let her viewers play.  The many permissions in Arena flow from the artist’s subversion of the structures of ownership and masculine control that permeate our social landscape.

A narrative fiction accompanying the exhibition, titled Liontamer’s Paradise, serves as both origin story and poem, connecting the writings of Claude Levi-Strauss and Jean Baudrillard with a self-generated mythos that follows its heroes Liontamer and Stonebreaker through a world called Allthereis.  The exhibition runs from December 4th to January 22nd, with an opening reception for the artist on Sunday, December 4th from 1 to 4 PM. 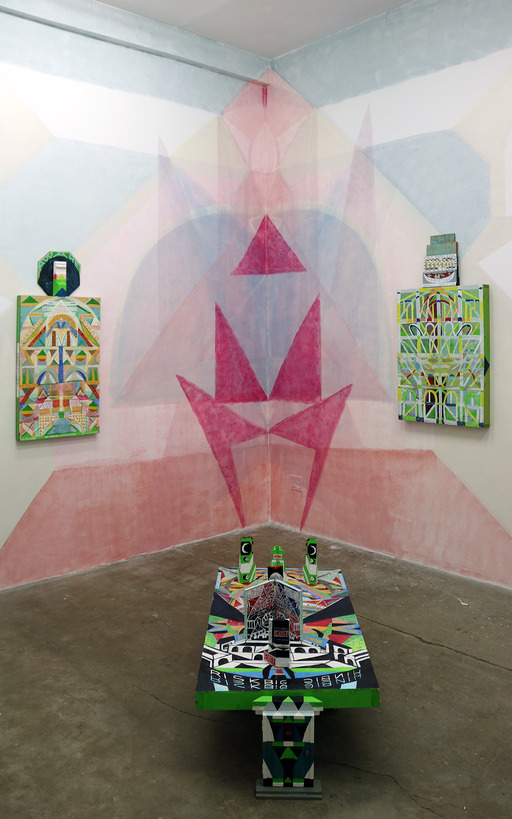 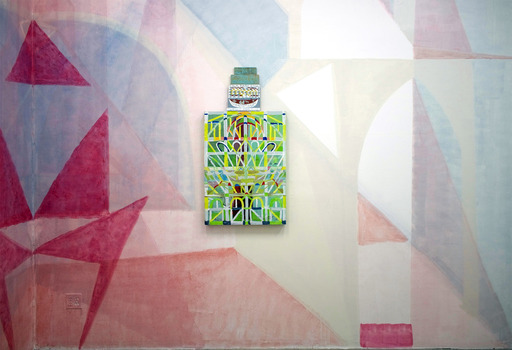 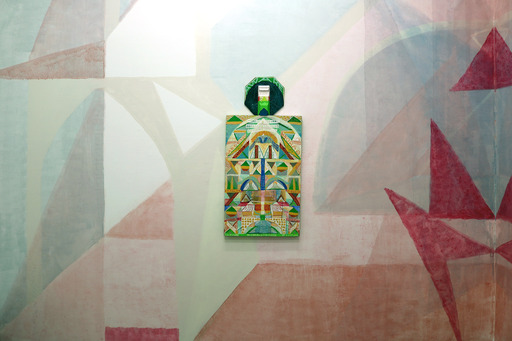 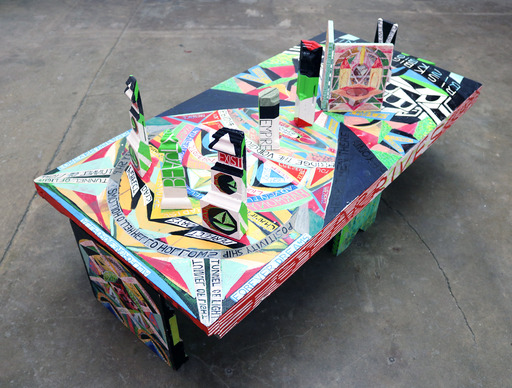 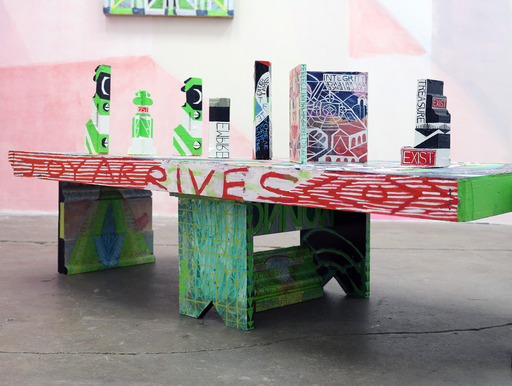 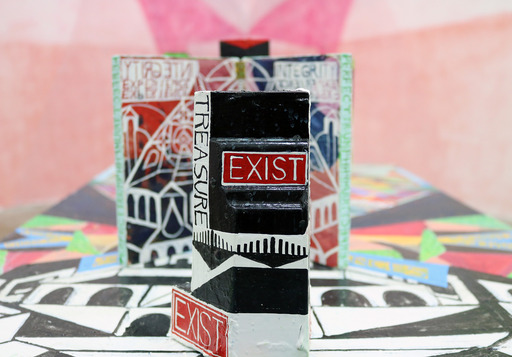 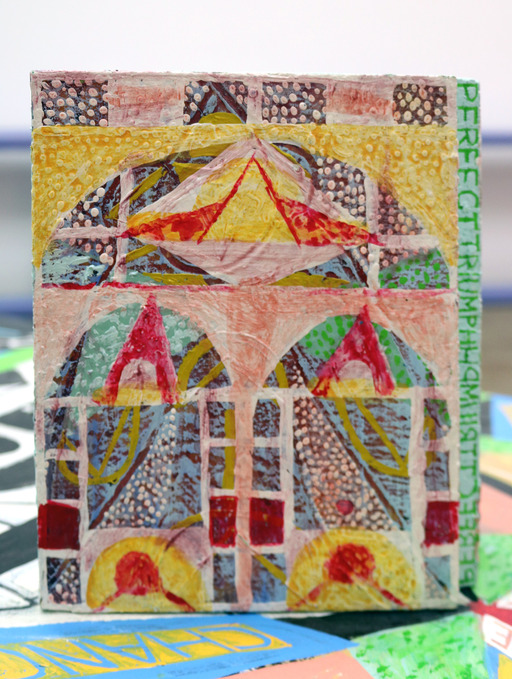 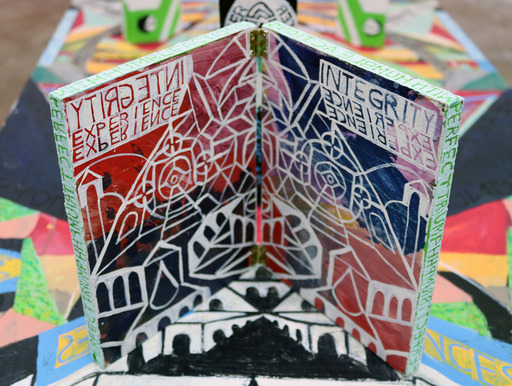 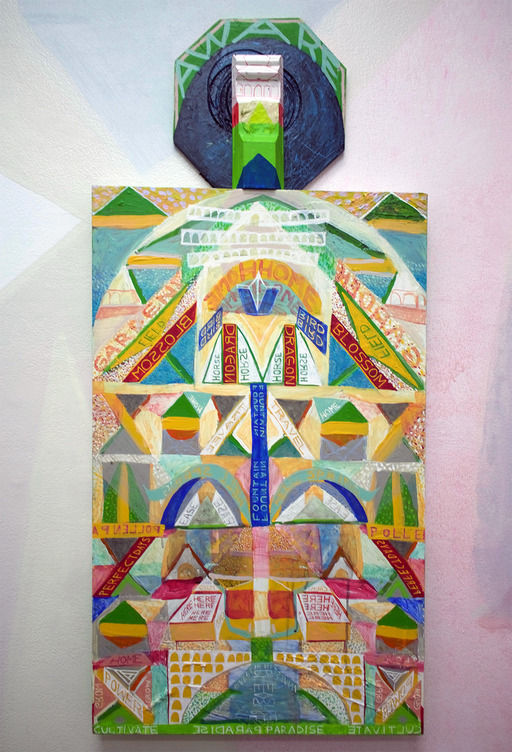 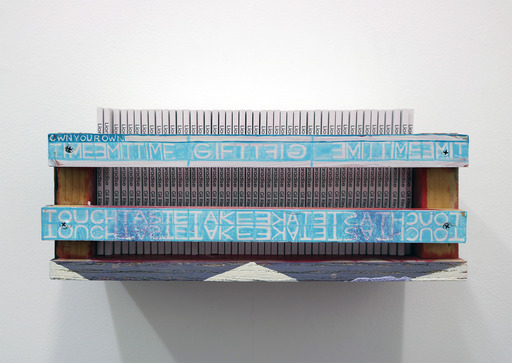 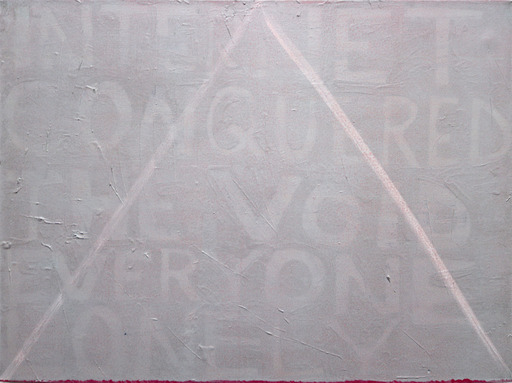 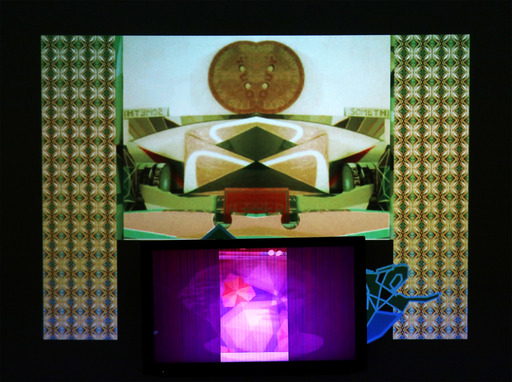