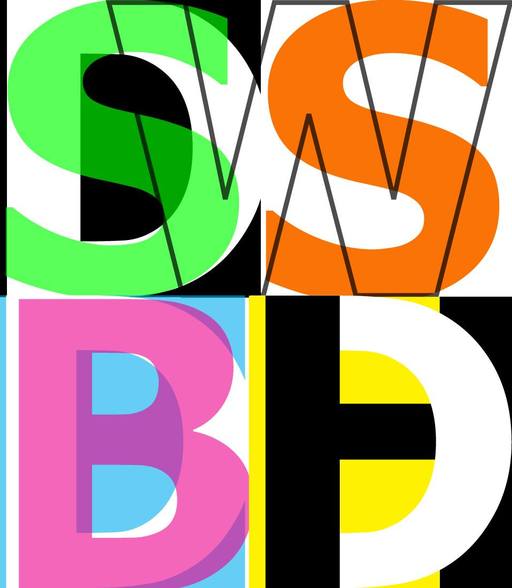 "The marshals of the four coalitions chose our sky for their decisive battle because the sky over our village was the best in the world: calm and cloudless. The sun flowed through our sky like a wide, peaceful river. I remember them well, the sun and the sky. The marshals found this place ideal for the final battle. It’s not surprising."

An excerpt from Without Sky by Natan Dubovitsky

Natan Dubovitsky is the pen name of Vladislov Surkov, the architect of Vladimir Putin’s "Non Linear War," a steady-state information attack on western democracy. The disillusion of shared consensus is a main objective. Pensive paranoia is another.

The scrambled esthetic of "non linear war" is a contradistinction to late modernism’s reductive "clarity." Both presume hierarchy through efficient platforms of universality. Both can be seen as perversely attractive in their conviction, depending how you see it. Both can be integrated into target practice.

Recursive graphic motifs seduce with endless iteration and flexible disposability. They confirm themselves with self-reflexive repetition.

In fetishizing the mechanisms that occupy perception in its various guises, perhaps one can inhabit fear and loathing’s abstract design.

Andrew Falkowski (B. 1973) has had an extensive showing record both as a solo artist and as a collaborator. Recent exhibitions include a solo shows at Rosamund Felsen Gallery in Los Angeles, and Paris London Hong Kong in Chicago. Group shows include ‘A Study in Midwestern Appropriation’ at the Hyde Park Art Center, ‘Make it Cherry’ at Fernwey Gallery in Chicago. His recent show  “American Carnage”, at Suburban Gallery in Milwaukee, Wisconsin closed in May, 2016. Upcoming exhibitions include a group exhibition with longtime collaborator, Karl Erickson, and Zachary Craw for SOFA, 2017. He received a BA from the University of California, Santa Cruz, an MA from the University of Wisconsin, Madison, and a MFA from the California Institute of the Arts. He is also contributing writer for the Chicago Artist Writer website. He is an Assistant Professor in the Painting and Drawing Department at the School of the Art Insitute of Chicago. He lives and works in Chicago.

Judy Ledgerwood (B. 1959) has held numerous solo exhibitions worldwide, most recently at Tracy Williams Ltd, New York, NY (2016); Barbara Davis Gallery, Houston, TX (2015); Hausler Contemporary, Austria (2015); The Graham Foundation, Chicago, IL (2014); Smart Museum of Art, Chicago, IL (2014); Rhona Hoffman Gallery, Chicago, IL (2013); among many others. She is the recipient of several awards including The Richard H. Driehaus Foundation Award, an Artadia Award, a Tiffany Award in the Visual Arts, a National Endowment for the Arts Award, and an Illinois Art Council Award. Her work is included in prominent public collections including the Art Institute of Chicago, IL, the Metropolitan Museum of Art, New York, the Museum of Contemporary Art Los Angeles, the Milwaukee Museum of Art, the Museum of Contemporary Art Chicago, and the Kunstmuseum St. Gallen Switzerland, among others. In 2015, Ledgerwood was commissioned by the Embassy of the United States in Vientiane, Laos to create a monumental site-specific painting. Her major monograph, Judy Ledgerwood, published by Hatje Cantz in 2009 is available on Amazon. She received a BFA from the Art Academy of Cincinnati and a MFA from the School of the Art Institute of Chicago. Judy Ledgerwood lives and works in Chicago, Illinois.

Joe Pflieger (B. 1977) has exhibited at Randall Scott Projects in Baltimore, Maryland, Monya Rowe Gallery in New York and Paris London Hong Kong in Chicago, Illinois. His most recent exhibition “American Carnage”, at Suburban Gallery in Milwaukee, Wisconsin closed in May, 2016. His exhibition ‘Surface Surface’ was a “Top Ten Exhibition of 2015’ by Terence Hannum for Bmore Art. He earned a BFA from the University of Wisconsin, Madison, and a MFA from the Art Theory and Practice Department from Northwestern University. He lives and works in Los Angeles.

Phil Vanderhyden (B. 1978) Vanderhyden has an extensive nationally showing record. His work has been reviewed in Art in America, Artnet and Artslant, among others. Recent exhibitions include a solo show at Southfirst Gallery in Brooklyn and Andrew Rafacz Gallery in Chicago. He exhibited in many group shows in 2016, including “Efficient Frontier” at Magenta Plains in New York, NY. He curated the retrospective “Tracking the Thrill” of Pictures Generation artist Gretchen Bender, which was exhibited at the Poor Farm in Wisconsin and traveled to the Kitchen in New York, NY. And he was included in the 2014 Whitney Biennial. Phillip Vanderhyden earned a BFA from the University of Wisconsin, Madison, and a MFA from Art Theory and Practice Department from Northwestern University. He lives and works in New York.